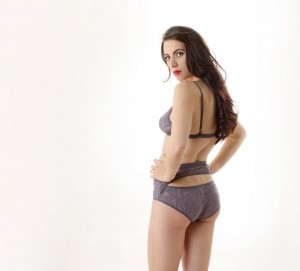 I’ve spent some time over the last few weeks doing the dreaded lingerie clearout, which was both scary and refreshing. I’ve rediscovered lots of great pieces that I should wear more often, but also gotten rid of stuff that was worn out or didn’t fit. The silver lining in all of this was that I had room to order new panties that were more to my taste than some of the older ones I’ve had lying around for ages!

I started with two pairs of panties by Between the Sheets, whose stuff I’ve admired for a long time. BTS is more of a glamourous lifestyle brand, so I’ve had a hard time finding an entry point for trying them out. Luckily, I found a few pairs of panties in their sale that inspired me to get out of my comfort zone and try something new.

I ordered two pairs of ouvert sheer hi-waisted panties – one from the Birds of Play collection and one from the Airplay collection. I’ve loved the look of both collections for a long time, so I was happy to have an excuse to try some of it out! 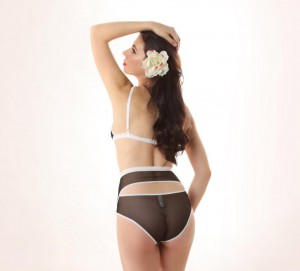 Both pairs of panties fit exactly the same way which made me very happy! It’s nice to see consistant sizing from two separate collections, which doesn’t always happen with lingerie brands. As you can see in the pictures, both of these pairs of panties are sheer and come up very high in the waist – since I’m short, they’re above my belly button. 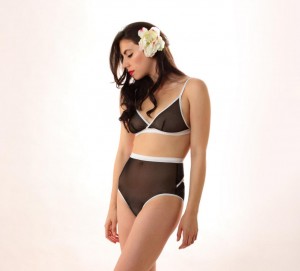 It took me one or two wears to adjust to this, since it can feel like a lot of panty the first time you pull it on. I actually fell in love with the height after a few wears for two distinct reasons: first, the height seems to balance out the sheerness of each piece. Secondly, it means that the cutout in each panty sits flatteringly above your butt rather than on it. This is a different look for ouvert panties, and it makes them a great choice if you want to try the style out but not feel so exposed. 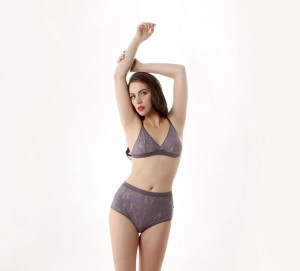 The shade colorway is an unusually beautiful color that works surprisingly well as a neutral, while the black/vanilla colorway is a nice take on basic black mesh lingerie. Each pair of panties has handwashed well and I suspect they will hold up nicely over time with proper care. I’m terribly sad that I missed out on the purple and blue versions of these panties, as I would love to have more pairs in other colors.

How do you feel about the ouvert panty trend? Have you tried Between the Sheets yet?