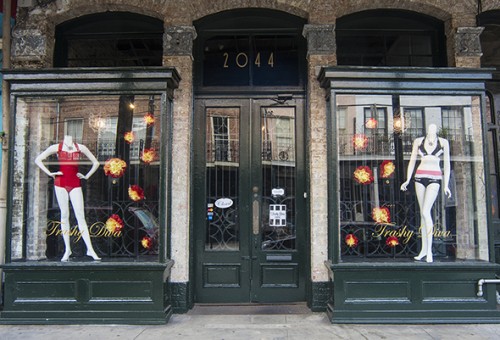 All products were purchased with my own money under my own name. Trashy Diva is not associated with this review.

I’ve been fairly vocal about how disappointed I have been with the lingerie boutique scene in New Orleans in general. When I moved here three years ago, the city was full of elegant boutiques that catered pretty much exclusively to core sizes. If you wanted a bra in a larger cup size, you had to drive out to the suburbs to Bra Genie. I lived in a city full of gorgeous lingerie boutiques that I couldn’t shop in, which was a constant source of frustration. Luckily, Trashy Diva’s commitment to developing clothing for a huge range of sizes has started to migrate into their lingerie boutiques, which now stock selected options up to a UK HH cup. I’ve been wanting to shop at the Trashy Diva lingerie stores for literally years, so I rushed down there immediately to see what it would be like. 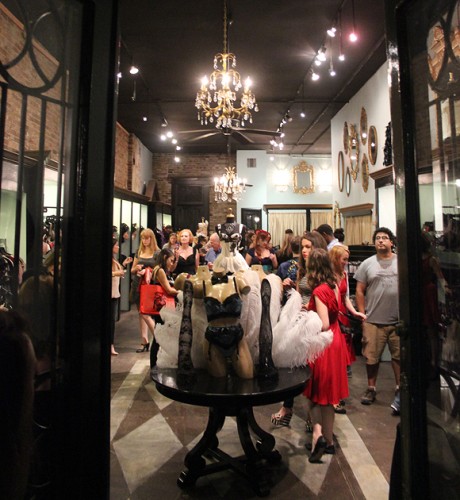 Trashy Diva has started with two lines in “extended” cup sizes: Scantilly (the Curvy Kate boudoir brand) and Tutti Rouge. I’ve been pretty open about my love of Tutti Rouge on this blog, but Scantilly was completely new to me. I don’t fall in love with the Curvy Kate styles frequently, so Scantilly hadn’t really been on my radar after the big press onslaught after they launched. I’ll cover the various Tutti Rouge styles in their own blog later, so I can devote lots of space to Scantilly – which I suspect most people haven’t tried or seen in person at this point. 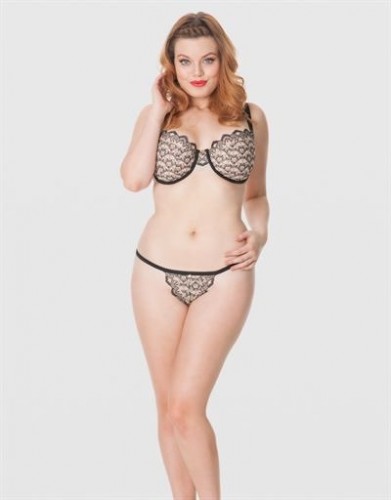 Scantilly bills itself as a boudoir brand, but it’s photos are shot in what I think of as the typically “Curvy Kate” style, which is more concentrated on fashion than on sex appeal. I wasn’t sure what to expect, but I was really excited to figure out that the brand truly fulfills the role of a boudoir brand for full busted customers. There are virtually no other options in this category currently that are widely available, so it’s worth checking out Scantilly for that reason alone. 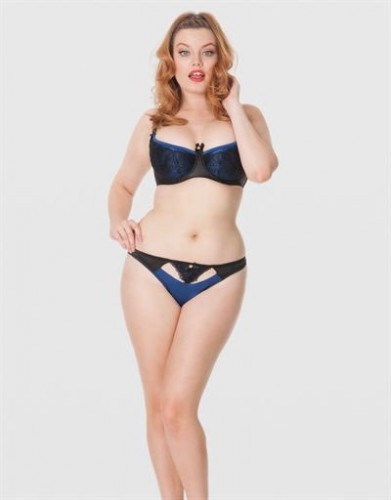 If you’re thinking about trying out Scantilly, here are the three major points to know:

I ended up trying on both the Invitation and Fixate sets in the boutique, in multiple sizes and with all of the various panty options. I ended up in the 36HH in the Fixate and the 38HH in the Invitation, but that was mostly due to size availability. These are mostly meant to be bedroom sets, so I wasn’t as worried about fit as I might have been otherwise. I was overjoyed to have that boutique experience where they will load up a fitting room for you and you can try everything at your leisure, rather than having to wait two weeks to have everything mail ordered.

I’ve had some notably bad lingerie boutique experiences that I’ve written about other places, so I was amazed at how easy and fun shopping at Trashy Diva was. The sales assistant (who I should remember the name of) was great, checking in on fit and helping me decide between various sizes and styles of matching panties. The whole thing was insanely body positive – it was the extremely rare occasion where I’ve felt like any other customer in a lingerie boutique rather than someone who represented an outlier due to my size and body type. The sales assistant was never anything less than positive, but I also felt like she was honest with me about what looked best and what worked with my preferences.

As for Scantilly, I came away highly impressed and wishing that more boutiques would stock this line. While it’s never grabbed me in pictures, I loved every last piece from the line that I put on. I ended up walking away with the Fixate Tattoo set because I felt like the bra was comfortable enough to double as an everyday bra, but it was a tough decision. The Invitation set is cut extremely low for a half cup bra, which made it just impractical enough to not make the cut. I’m tempted to go back for it just for fun though!

It’s worth noting that the quality of the Scantilly sets are much higher than the Curvy Kate sets, as they should be with a price tag of $85 a bra. My Fixate Tattoo set feels much more expensive than it was – it’s on par with many $250 sets to my professional eye. I’ve worn the bra as an everyday bra several times now and it’s really comfortable, so I suspect this set will see more wear than I originally anticipated. I’ll definitely be going Uptown to try on any new Scantilly offerings that show up at Trashy Diva now!